How Web3 Design is different from Web2 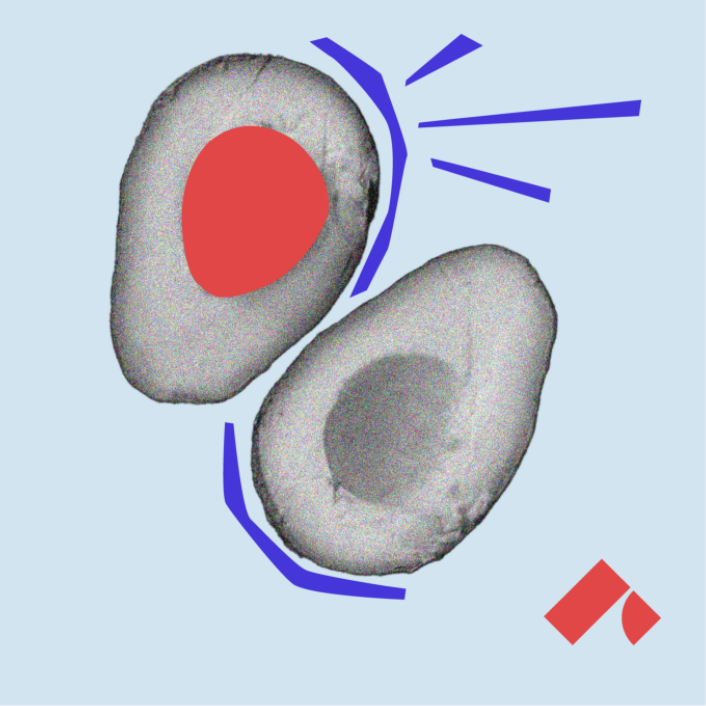 Designers are experimenters by nature, but many of us still feel scared and overwhelmed regarding Web3. The “exclusivity” of the topic makes some people feel uncomfortable and shy to ask if they realize they don’t know enough about it. I’ve collected a few, in my opinion, common points of confusion the designers that are coming from the Web2 background have when they are trying to make their way to Web3.

As with any new technology, Web3 is just at its diversification stage. Right after the invention of the automobile, car designers were experimenting with a huge variety of form factors. Now, after a century of iteration, cars within one usage segment look very similar. Same with mobile phones. Same with Web2 design patterns. And quite certainly, Web3 will go with that path.

We are living in an exciting time when Web3 patterns are not formed yet. And although the absence of clear guidance is a bit scary, it is also exciting and gives us (designers) a much easier and faster way to make a significant personal impact on “making the world a better place.”

However, in my opinion, the situation is not as dramatic as it might seem. Although Web3 is a new thing from the technological perspective, when it comes to the user experience, 95% of it can be built on a Web2 basis. For example, transactions on the blockchain conceptually are very different from transactions in traditional banking. However, the way how we show the transaction history for users rarely will have any significant difference. Another example would be DApps that use non-custodial wallets: for many of them, users might not even realize that they are using blockchain and think it is a Web2 product.

As our world spins faster and faster, Web3 traditions and patterns are forming at a crazy speed. For example, the swapping pages in DEXs (Decentralized Exchanges) already look like each other clones. I feel like one of the things that still is very diverse is the terminology, but soon we all come to certain standards, and it will become hard to tell DEXs apart.

2. Users in Web3 are not always people.

The fact that all interactions on Web3 happen not necessarily between real people but between wallets still weirds me out. Although on Web2, nobody can guarantee that all your users are unique, in most Web2 products where people should create unique accounts, the friction is so high that people are not very motivated to create tons of accounts from different emails or IPs.

In Web3 one person can own multiple wallets and often the only thing you need to start using DApp is to connect that wallet in a couple of clicks. In addition in Web3 people might have quite good reasons for owning multiple wallets, for example for executing certain trading strategies. Many traders are using bots for automation. For example, on one of my projects, we estimate the share of bots is around 70%. So, users on Web3 are not only people but a mixture of people, organizations, and bots.

Designing for bots, besides just creating a weird feeling, brings a challenge to analyzing the users’ behavior data. You can measure users’ interaction with the interface using some tools like Google Analytics, but once a user connects their wallet, everything is starting happening on the blockchain and becomes hard to track. The good news is that then it becomes trackable on the blockchain itself.

So far there is no perfect way to connect the data from the interface and the blockchain. As an example, you can see where and which users clicked, and separately you can see how much wallets spent. But it’s difficult to see the demographics of spenders or how much time they spend before making a transaction. Bots are also making the situation worse because in many cases they don’t even interact with the interface but go directly to the backend.

Take the simplest DEX income model: the DEX makes money from the swapping fee. People are hesitating to swap the pair that has low liquidity because the lower it is the higher the price volatility can be. Liquidity providers are making money from the swapping fees as well. So, to encourage liquidity providers to lock their funds in the liquidity pool, there should be a certain swapping volume for the pair, so they can get their fee from it. We are having a chicken-egg situation here.

Then you, as a User Experience Designer, can think: “Aha! I need to make something to encourage users to lock their funds in liquidity pools, so the system would start working as a chain reaction”. But then you learn that because of the impermanent loss it’s often very risky for individuals to lock their funds in liquidity, so encouraging users to do so would be questionable from an ethical perspective.

This is just a very simple example, but the blockchain is full of it.

Although the business models for DApps are often outside of the User Experience Designer’s responsibility, we need to understand these nuances. Unlike Web2, where designers are aware of many “Dark UX” patterns and can consciously choose the side, Web3 is still the developing space, where the outlines of good and evil are still not clear.

The Crypto market is super sentiments-driven, and its fluctuations can create overwhelming background noise to the analytical data you are collecting for your products. In traditional niches, this effect is rarely so huge. If you are coming from Web2, you might quickly feel exhausted looking at the crazy random jumps in your DApp usage, TVL, trading volumes, etc. Sometimes it is correlated to tokens’ market price, not in a direct way.

The influence of market fluctuations often can exceed the influence of any other factors of your product development (user experience, marketing, etc.), and the resulting image of their interference can be very hard to read and interpret accurately.

Even if your product has nothing to do with crypto (for example, digital identity), the crypto market can hit you from another side: investments. Many blockchain startups are experiencing a hard time with investment during this Crypto Winter. We are already having the 4th winter since 2015. The entire blockchain industry feels like a very shaky ground compared to the traditional fields. So for those who came from Web2, that can feel unbearable.

Although in design for Web3 many patterns can be borrowed from Web3, there are still quite a few very Web3-specific aspects that can be challenging for designers. I covered some of them and would be happy to hear your opinion about them. Also, please share if your experience was different and you can add to this list of Web3 design differences.

You may also like...
No items found.
Tags
Web3 Design